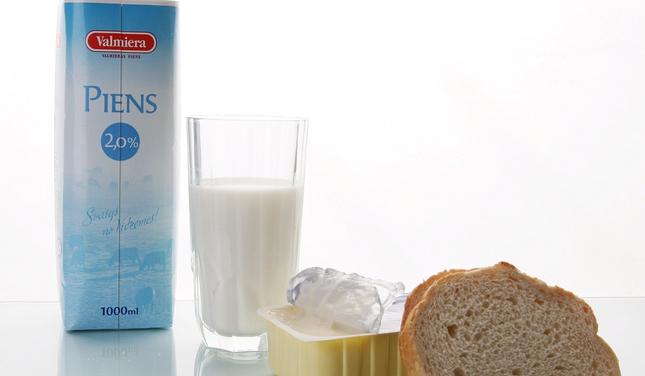 Income inequality in Latvia, as measured by the Gini coefficient, is very high by EU standards (though not as high as in e.g. the US) so I found it very refreshing that debate around this topic was a quite hot issue at the end of 2012, not least inspired by this article.

The EU Commission is not too happy about recent Latvian policy in this area – here is an excerpt from p. 10 of its recent EU BoP [Balance of Payments] Assistance to Latvia – Second Review under Post-Programme Surveillance (my italics):

As regards reforms of the social assistance system, the government has decided to decentralise the financing of the Guaranteed Minimum Income benefit (GMI) and to lower its minimum amount. These steps go against the relevant CSR [Country Specific Recommendations] and SMoU [Supplementary Memorandum of Understanding] conditionality. The decisions were made without consulting the Commission, as stipulated in the SMoU. There was no substantial prior analysis of the impact on poverty and incentives to work, even though one relevant analysis is in the pipeline (the World Bank study Latvia: Who is Unemployed, Inactive or Needy?; results to be ready by early 2013).

Ouch! Enough said! But what about crisis and income inequality – is there a link between economic development during the crisis and income inequality? Below will follow two very simple plots trying to depict this. In both cases I have the change in Gini from 2007 (before the crisis) to 2011 (most recent data available). Points to the right thus explain higher inequality over that period. On the second axis I have the change in the unemployment rate and the change in GDP, respectively. A country like Latvia, where unemployment rose rapidly and GDP declined substantially will be high up in the first graph and far down on the second.

Inequality actually dropped a tad in Latvia over the period 2007 – 2011 as it also did in Estonia and Lithuania (the three countries are marked with a black dot (Estonia), red dot (Latvia) and a green dot (Lithuania). Otherwise the charts are a display of complete randomness: For instance, inequality increased a lot in France and declined substantially in Romania although the two countries have seen about the same change in unemployment and GDP.

Conclusions? A very tentative conclusion could be that the impact from GDP and/or unemployment on inequality is very country-specific. In other words, if Latvia should want to reduce inequality it will require policy changes, not “just” changes in economic activity and employment that somehow will trickle down.

Latvia may not be interested in reducing income inequality and there is nothing odious about that – lower inequality does not necessarily correlate with higher GDP, again witness the US – but the powers that be could at least have waited for the World Bank study before they made their decisions, couldn’t they? 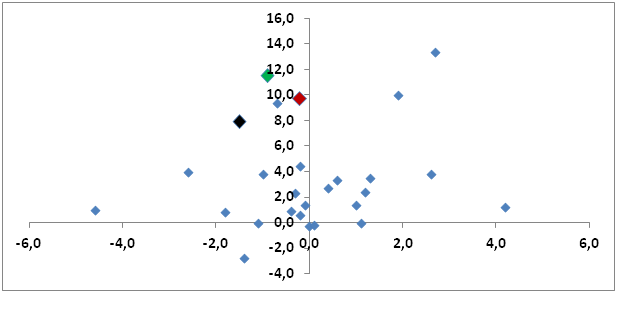 This little piece was inspired by this paper, from Bruegel, which only looks at the Eurozone countries.

If the GINI does not correlate with the GDP, then it makes even less sense to perpetuate the high inequality in Latvia as it simply means that a large part of the population is destined to suffer unnecessarily.

I disagree that Latvians have consciously chosen to suffer. Rather it is a democratic inexperience and lack of understanding about many important policy issues.