Power and the Liberal Democrats 27 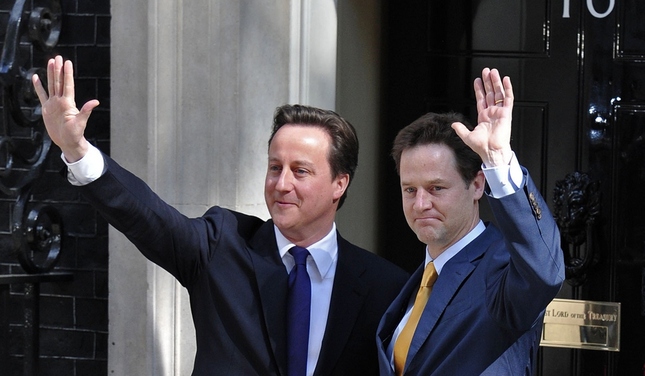 Edward Lucas*: What Britain has to learn from Eastern Europe

Britain has a lot to learn from Latvia. And from Poland. And from the Czech Republic, Slovakia, Hungary, Slovenia and almost every other country in the post-communist Europe. In these countries (as in most of western Europe), coalition politics is normal. Democracy has two phases: first you fight the election to get the most votes and parliamentary seats possible. Then you try to get the best deal possible for your voters, policies and principles. That necessarily involves compromise, both about what gets done and who does it. Some leading party figures may not fit into a coalition: that means that they step down or stay outside. It’s no big deal—negotiating those deals and making them work is what politicians are supposed to be good at.

Not in Britain. At least not until now. To judge by the British press in the past few days, you would think that we were facing a revolution or a coup d’etat, not a political process that in the rest of Europe is entirely, boringly, normal. The situation is quite simple. The Conservatives won the most seats and just over a third (36%) of the votes, but only 306 seats—not enough to govern alone as a majority government. The Lib Dems won nearly a quarter of the vote, but thanks to our weird electoral system rather under a tenth of the seats. The ruling Labour party won just under 30% of the vote and only 258 votes.

So the Lib Dems were the kingmakers. They could form a formal coalition with either Labour or the Conservatives. Or they could let either of the big parties form a minority government.

The obvious choice was a coalition with the Conservatives.. It fits the the Lib Dems two big priorities. One is to get a change to the electoral system—most likely to a French-style Alternative Vote, which preserves single-member constituences but allows voters to express preferences between candidates, rather than casting a single X for their favourite. That would give the Lib Dems more seats, and dispel one of their biggest disadvantages—the belief that, in most of the country,  a Lib Dem vote is a wasted vote?

The other Lib Dem priority is to answer a related question: why bother voting for a party that usually comes third and never holds power. The Lib Dems need to show that they are a party of power, not of protest. The party has already come a long way in the past 40 years. In 1970 it had only six MPs, and controlled no local councils. Now it has 57 Mps and is regularly part of the coalition administrations that run some of the biggest cities in the country—places like Birmingham (where the Lib Dems rule jointly with the Conservatives).

But for all their strength in local government (and in the devolved assemblies in Wales and Scotland), the Lib Dems have never managed to wield real power in the national parliament in Westminster. They have impressive MPs—the financial affairs spokesman, Vince Cable, is one of the country’s most popular and respected politicians. They have a strong voice in the non-elected House of Lords, where no party has a majority. But in election after election they have been sidelined in the one place that really matters: the House of Commons.

False dawn has followed false dawn. In 1974 they came within a whisker of doing a deal with the defeated Conservative administration of Edward Heath. But he would not offer the vital concession of a change in the voting system. In 1976-78 they kept a minority Labour government in power, in exchange for some minor consultation about policies. But every government since then has been elected with a majority and has left them impotent on the sidelines.

The Lib Dems are determined that this will not happen again. They bargained hard, first with the Conservatives, but also with Labour. They have extracted from both sides a promise of a change in the voting system. They have also brought about the downfall of Gordon Brown, the prime minister and the clearest loser of the election. That was a big scalp for the Lib Dems, before they had even started in government.

The big question now for the Lib Dems is whether they are really able to put their recent history aside and grasp the chance on offer. They used to be the party of power in Britain, laying the foundations for the welfare state after their great victory in the 1906 General Election. The first world war cost them their position as the great reforming party of the centre-left in British politics. They were almost completely displaced by the Labour party following the slump of the 1930s.

Now they have the chance of returning to that territory: the Labour party is demoralised and divided, torn between the heirs of Tony Blair, who want it to be market-friendly and centrists, and the leftists with their roots in the public sector trade unions. Labour looks old-fashioned: it is the party of big government, of expensive, wastefully delivered public services, and of authoritarian anti-terrorist policies that have made Britain feel increasingly like a police state. The Lib Dems offer a more attractive centre-left agenda, based on local initiative and solidarity rather than state-run bureaucracy. They have the best policies on civil liberties. And they lack the other parties’ baggage on foreign affairs. They were the only major party to oppose the war in Iraq. Unlike the Conservatives, they are not knee-jerk europhobes. And unlike the other two parties, they are not in the pocket of dodgy billionaire donors (their problem is an embarrassing shortage of money, rather than it coming from embarrassing sources).

But going into government with the Conservatives has its costs. It may rally the Labour party, just as its deathknell is sounding. The many Lib Dem activists who feel that they are instinctively on the left of politics will recoil at the prospect of supporting a Conservative government that will slash government spending.

Yet a failure to do that will have even bigger costs. Any government will have to cut spending hugely: Britain’s deficit is nearly 12% of GDP. Propping up a discredited Labour party would have blunted the Lib Dems’ appeal as bringers of change. There is plenty that can be agreed on with the Conservatives, including radical reform of education, an end to the hugely expensive and unpopular national identity card programme, and cleaning up the electoral system to prevent the fraudulent use of postal votes—something that has hugely and scandalously benefited the Labour party.

The Lib Dems already face an onslaught from media outlets owned by Rupert Murdoch and other tycoons. For too long these rich people have treated British politics as a plaything: they put Tony Blair in Downing St (or so they believe) and they were intending to put David Cameron there too. Their fury is a sign that something right and overdue is happening.

The British people certainly do not want another election now and the Lib Dems will be rightly wary of a snap election in which their partner (Conservative or Labour) tries to win a majority and ditch their coalition allies. A key condition of the deal was no early election. The test of it will be how the electorate feels after four years.

By then, people may have also got used to the still unfamiliar business of parties and politicians cooperating in government, rather than the “bipolar disorder” of automatic confrontation that has been the hallmark of British politics since 1945. Given electoral reform, the Lib Dems can look forward to many more decades as the king-makers of British politics. The ultimate goal of supplanting the Labour party as the heavyweight centre-left force in British politics may take another generation. But to prove themselves worthy of power they first have to wield it. 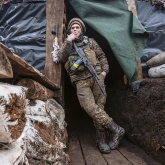 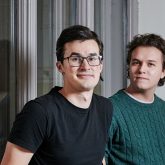 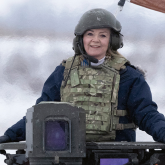