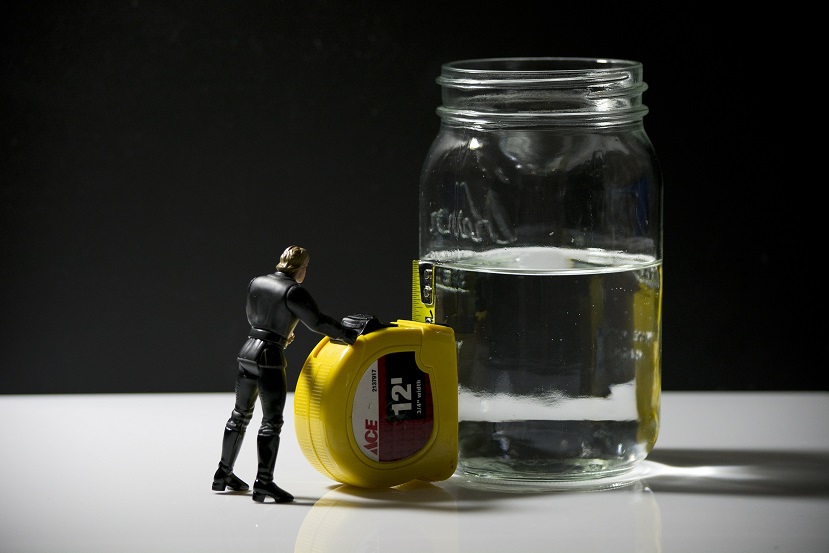 Recently, various sources have heaped criticism on Latvian authorities for the economy’s lack of catching up in terms of income per capita. This is one of my favourite topics and no-one would be happier than I, should this convergence happen, but I will nevertheless use historical data to warn against the idea that convergence should already have happened – or that it even will happen. History suggests that convergence is rare.

Latvia’s current position is buried way down this article in Figure 7; sorry about that. Ahead of Romania, Greece, Croatia and Bulgaria but behind the rest of what was EU28, including, as we know all too well, Estonia and Lithuania; in short, among EU countries still a relatively poor one.

But what about the performance since independence? A tale of the proverbial glass being half-full or half-empty, I think – and personally I will settle for half-full. Definitely not full, but half full.

Look at Figure 1. The earliest data, 1992, puts Latvian income per person at about a quarter of that of Germany and less than half of what it was in Greece. Today Latvia has overtaken Greece and income per person in Latvia is 58% of that in Germany, still a considerable gap but one that has been narrowed substantially. Half-full glass.

But one can also observe that Latvia was always behind Lithuania (and Estonia for that matter) – and that the gap between Lithuania and Latvia has increased after the financial crisis. No-one, to the best of my knowledge, has fully answered why this is so. Half-empty glass. Ireland is portrayed since it is the only – only! – country in the EU that has made the travel from the bottom of the EU to the top. The Economist, in its in-depth analysis of Ireland in 1988 used the headline “Poorest of the rich”, see picture of the cover below – a headline and set of articles that, allegedly, led the central bank of Ireland to cancel its subscription…. 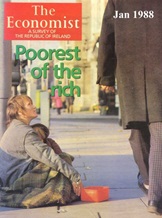 Note: The numbers for Irish GDP per capita overstate its affluence due to the presence of many foreign-owned firms, notably US tech; i.e. a chunk of the GDP is owned by Americans not Irish – but Ireland is still in the richer part of the EU countries.

And to further show how rare convergence is, I have constructed Figures 2 through 7. They all follow this pattern: GDP per capita in constant prices for the EU countries for the years 1980 (the earliest what the IMF will provide), 1990, 1995 (where eastern European countries enter since we start having data for them), 2005, 2012 and 2020. To enhance the visibility of the graphs I have left out Luxembourg, which would otherwise always be at top spot.

I think a look at the graphs can lead to the following conclusions:

In short, history speaks against convergence as something that “just happens” or is inevitable. Rather, a lot of inertia is present. How to overcome this – i.e. why e.g. Austria and Denmark for decades remain some of richest – can be explained but not 100%.

Thus, we cannot just look at Latvia’s position as #24 and call it a failure – it is still a comparison of, by world standards, rich countries – and, by the way, someone by definition has to be #28…

That said, perhaps we can learn from what Lithuania has done – and perhaps from where Italy has failed.

And then the glass might become a bit more than half full. 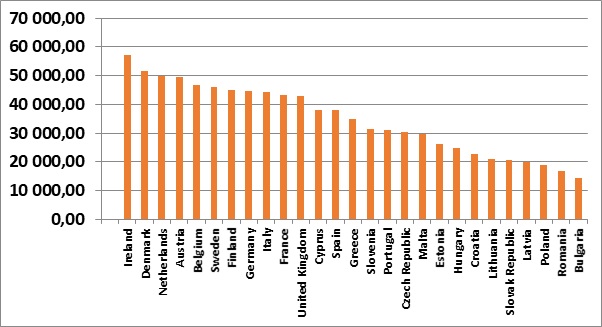 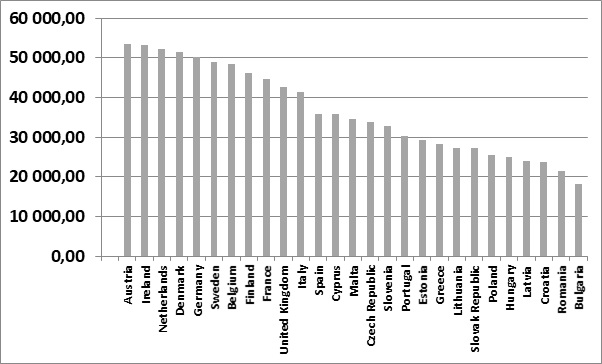 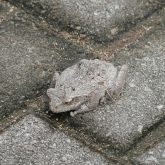 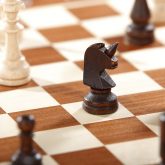