Catching up with Greece! 3 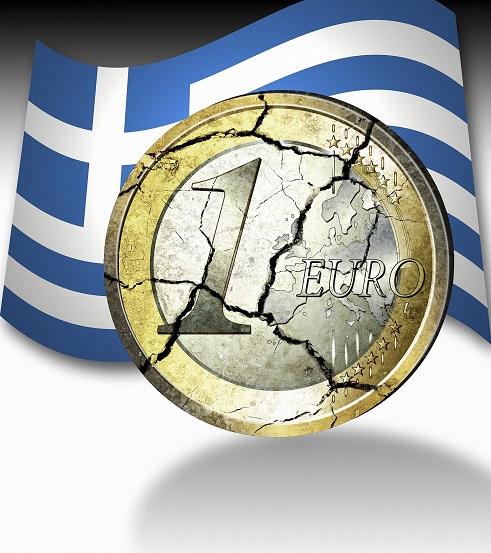 Yes, the most recent data from Eurostat says that Latvia has now caught up with Greece in terms of GDP per capita, roughly the same as income per person, see Figure 1. Both countries are at 67% of the EU average and this is the first time Latvia has caught up with a country from the ‘old’ EU15 of western European countries.

Latvia has indeed made substantial convergence with respect to e.g. the southern European countries, see Figure 2. 20 and 25 years ago Latvia’s income per person was less than half of Portugal’s; now it is less than 10% behind. Time to celebrate! 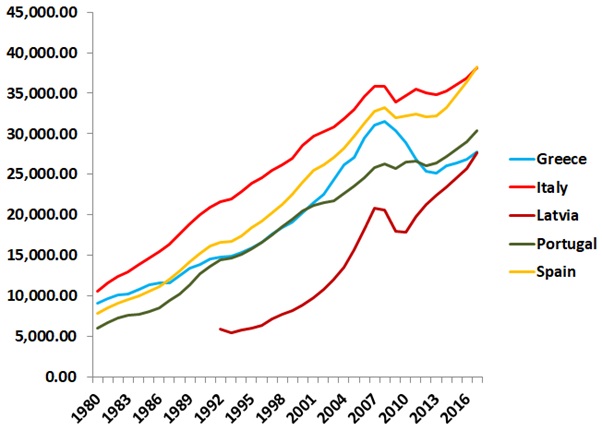 Then again, perhaps not, and for at least three reasons:

1) Migration is partly explained by wage differences but not with the southern countries – here countries like Sweden, Germany and the UK are much more important and catching up with those is nowhere imminent, see again Figure 1.

2) And what exactly does catching up with Greece mean? Reaching the level of income of a country that has been in recession for about a decade; has one of the deepest recessions in western Europe ever and that today has more than 20% unemployment. I also think I could run faster than Usain Bolt’s great-grandfather but that doesn’t prove much….

3) And it is actually a bit more depressing than this: Latvia’s GDP is reached by very many people working at the moment – a fact that is only positive for the economy and for those people; in fact no less than 74.8% of those between 20 and 64 years of age are working. In Greece that share is only 57.8%, partly due to the very high unemployment rate, partly due to lower participation. But this means that the Greeks actually produce more per person employed than we do – or, in other words, we are less productive than the Greeks. That doesn’t sound right but it is.

Less productive than the Greeks…. How to change that and how to move further to the left in Figure 1, i.e. how to achieve even more catching up? Would be great for the economy, great for tax revenue, thus possibilities to provide resources for health, education etc. – and it might stem some of the outward migration.

I would thus like that to be the main question in the coming election campaign but I also know that it won’t be.

Opinions expressed here are not necessarily those of the Fiscal Council. 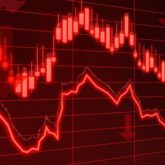 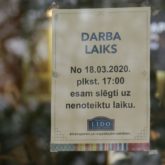 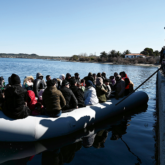