Much of the debate surrounding the crises in the PIIGS-countries (Portugal, Ireland, Italy, Greece, Spain) is about their gradual loss of competitiveness vis-à-vis the lean, mean German exporting machine.

If you have followed this debate you might have encountered a graph similar to Figure 1. It displays competitiveness developments measured via the development of the Real Effective Exchange Rate (REER) in these countries using unit labour costs (ULC). (At the very end of this post I have a more detailed description of how to read the graph for those not so familiar with it).

The familiar story is that by keeping a lid on wages Germany has gained, slowly but significantly, in cost competitiveness vis-à-vis the PIIGS where cost control was never that disciplined. 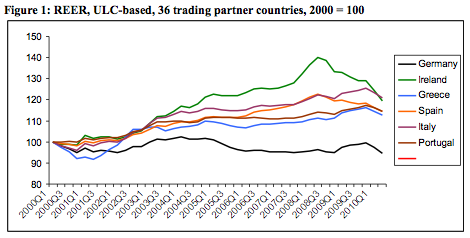 Given that the PIIGS have the euro and thus cannot devalue to raise their competitiveness they must do so via an ‘internal devaluation’, just as has been done here in Latvia and much of the debate centres around whether these PIIGS countries really can do so.

Now look at the same graph but with Latvia included: 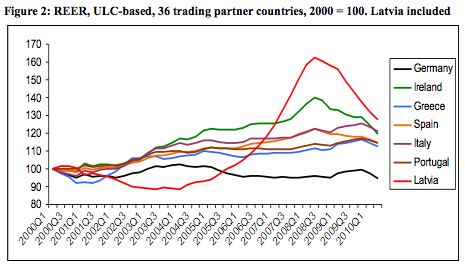 Ouch! If the PIIGS lost competitiveness then Latvia must have done so on a grand scale (REER increasing almost a 100% from 2004-08) and this has been at the heart of the devaluation debate.

There is no doubt that Latvia did lose competitiveness. A textbook example of loss of competitiveness was the demise of Amber Furniture, one of Latvia’s largest furniture companies in June 2007. 90+% of its production was for exports and given its type of business it was in serious competition with furniture makers elsewhere. Due to the massive wage increases at the time its ULC increased rapidly. Due to competition with other companies elsewhere where costs were not rising that much it was impossible for Amber Furniture to raise prices to compensate for higher costs. Costs up, prices flat → profits vanish, leading to bankruptcy. I have always wondered why that case, as obvious as it was, did not lead to more discussion about loss of Latvian competitiveness. Then again, that was the time of hush-hush concerning competitiveness and the exchange rate, of course…

But how much competitiveness was really lost? And although the ‘internal devaluation’ here has obviously recouped some of the competitiveness, is it enough?

In their recent book, “How Latvia Came through the Financial Crisis“, Anders Aaslund of the Peterson Institute and Valdis Dombrovskis, Prime Minister of Latvia argue that the crisis is Latvia was not so much due to a loss of competitiveness as a sudden stop of the credit boom and they have a point although they are somewhat self-congratulatory in their description of the internal devaluation as a success story.

Take a look at Latvian exports in Figure 3. Exports kept rising through the ‘fat years’ although competitiveness was constantly sliding. The decline in 2008-09 is a result of the world recession with lower demand from all countries and anyway came when REER started falling again. 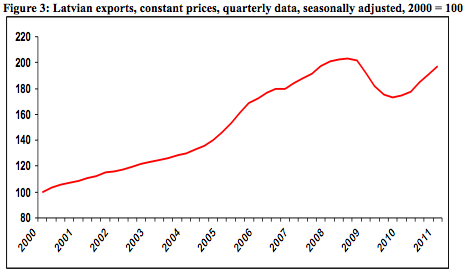 Does the graph not ‘cheat’, one may ask, given that all demand components (consumption, investment, public spending and exports) of the economy were rising in the ‘fat years’?

Not really. Figure 4 shows exports as a share of GDP. This was reasonably stable until 2004, then it increased until 2006 (I would consider that an effect of joining the EU), then it declined again, possibly due to a loss of competitiveness, but not to levels lower than pre-EU membership. And then it has been shooting up because it easily outperforms domestic demand right now; in fact it is the only thing creating positive growth in the economy at the moment.

I know that some will disagree but the numbers don’t seem to suggest that Latvia has a competitiveness problem – and one should start with the numbers.

The loss of competitiveness during the ‘fat years’, being much stronger than in the PIIGS countries did not imply a decline in exports, leading me to suggest that the lat was simply undervalued in the early parts of this millennium.

Why didn’t exports soar if the lat was undervalued? My take on this is that exports were profitable but construction and real estate even more so. Both sectors expanded, helping the economy to grow, until there was no more labour available – remember, unemployment dipped as low as 5.4%, way below its equilibrium rate.

But the debate for or against devaluation is most likely not over and a couple of points still not resolved are:

1. Would an external devaluation have shortened the length of the recession?

2. Would an external devaluation have implied a smaller accumulated loss of GDP?

3. Would an external devaluation have had a smaller impact on migration?

Still much to think about…..

* How to read the Real Effective Exchange Rate (REER) graphs:

Unit labour costs (ULC) measure labour costs (mostly wages) per unit or production. Say, for instance, wages increase 10% while productivity (production per person) is up 7%. Then the cost per unit produced is up by 3% – ULC grows since wages have grown faster than productivity.

The REER graph for e.g. Latvia shows the development in ULC for Latvia divided by the weighted ULC developments, adjusted for exchange rate changes, in its 36 biggest trading partners. An increase in REER thus shows that ULC were rising faster in Latvia than abroad and this higher cost of production can be translated into a loss of competitiveness: Your goods are produced at too high costs. The 2005-08 surge in Latvian REER is mostly due to the wage explosion of those days with wage increases by far outstripping productivity growth and some of it is due to currency depreciation in e.g. Sweden and the UK. The decline after 2008 in REER, i.e. the increased competitiveness is due the declining wages in Latvia. The increased competitiveness 2002-04 is mostly attributed to wages following or even lagging behind productivity growth plus the fact that the lat depreciated against the euro at that time (when the lat was fixed to the IMF currency SDR).

Have heared of some leaving the country exactly because of the REER story – serious production companies with German investment among those. Those companies were not making a big deal out of it, there were countries that needed investment in production more. Production workers demanding a wage like a scientist or Government official in Germany was a no go zone for them. Those were really funny stories how they were trying to find somebody (even for a rather good wage) dealing with their production machines here.

Issues like corruption are of importance here as well but are constantly downplayed. Germany is currently the only country were the business has so much ressources available for investment and countries are happy to get German investment and know-how – even China – but seemingly not Latvia. The response to the complaints of the German Embassy was too vague and at the end of the day seems that the only answer was – that’s your problem.

According to the official EU data, that tracks how countries implement Lisbon strategy on competitiveness and innovation, Latvis it the least innovative (or one can say it with more rude terms) country not only in EY27, but in Greater Europe as well – i.e. Latvia ranks behind even Turkey and namely, Russia as well:
http://www.proinno-europe.eu/inno-metrics/page/innovation-union-scoreboard-2010

Another numerical indicator is World Economic Forum (Davos) Competitiveness rank, Latvia dropped from the 54th place it had when Mr. Dombrovskis started his tenure to the miserable 71th place at the start of this year. This drop can be the real cause why Predident Zatlers decided not to go to Davos this year. Latvia has only miserable 77th place in Davos innovation index, Latvia is behind at least 4 African countries.

And that is apparently, why it has happened. Simple economics state that you should have 1) capital and 2) human resources and only then you can build enterprise and create some output.

Latvian politicians has presented “new economics”. Dombrovskis internal devaluation policy predicted that it is sufficient to adpot harsh measures for unemployed people and then everyone will start to be more productive and to learn new skills. Latvia’s structural unemployment shows that it is not working. And some research, e.g. in Journal of Development Economics, shows that the opposite view is more towards reality.

And about access to capital. Mr. Dombrovskis himsel recently in Latvian Forbes acknolwedged that there has not been the increase of foreign direct investments despite the budget tightening and much appraisal from right wing international monetary institutions and right wing governments. It is so funnay that Latvia is receiving so much good but worthless words and no private investore is betting on the future of this country under the leadership of Mr. Dombrovskis. And yes – 5% interest rate on USD load is no argument against the prevailing picture sketched above, it is rather proof of it, if we compare USD and EUR yields.

So – without capital and human resrouces there in no productive companies, no production capacity and potential GDP goes to zero and that creates inflation. So – inflation is another proof that you are not allowed to tight belt so far that it hinders development – that is not allowed in this century. Latvias future will be sound proof. Pleasure to see this.

Indeed, when the Bank of Latvia pegged the lats to the euro at the end of 2004, it did so at an undervalued rate. Just recall the dollar-euro interplay in the period preceding December 31, 2004 and the fact that the lats was pegged to the SDR: the lats fell from around 0.55 per euro to just 0.70, if I remember correctly… This served as more oil to the fire soon thereafter in terms of inflation. However, the lats actually became overvalued by the time the crisis hit. Thus, devaluation was a legitimate argument at that time.

Just to add one more aspect. The article seems to ignore the fact that there was a big change in Latvia’s trade openness in 2004 – i.e. Latvia joining the EU. This certainly played a significant role in boosting trade, be it exports or imports.

Putting these two things together, it seems to me that the growth in exports at the start of the “fat years” may have been also due to the overall EU accession dynamics, which was very quickly dampened by the soaring rise in costs. 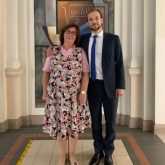 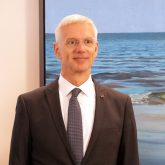 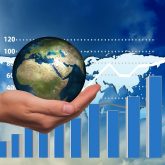 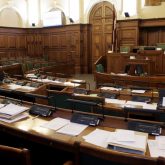 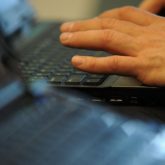