Lessons for Greece, lessons from Greece 55 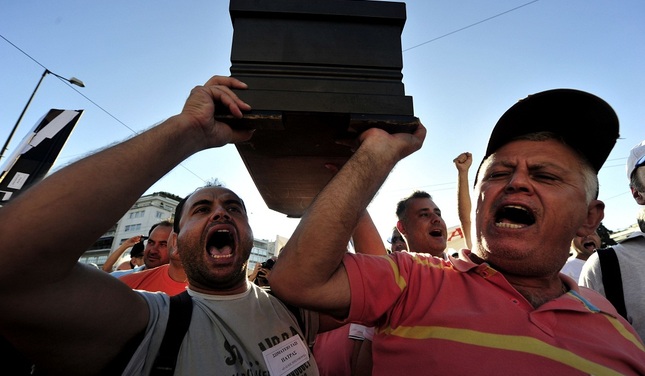 Greece has long been bankrupt, various politicians and the ECB have just been in denial about this but with interest rates and CDS spreads exploding it seems that the end is indeed nigh on all fronts.

I have often had the question: What can/could Greece learn from the Latvian internal devaluation experience? My answer has been that they can learn that there is nothing for them to learn. No Southern European country is likely to be able to copy the Latvian experience (and this is not said in order to cheer over the Latvian experience – as I have often argued the current harsh and unpleasant austerity measures are – regrettably – necessitated by disastrous fiscal policy mistakes during the boom times of 2004-07).

Greeks took to the streets before consolidation measures were even introduced there – Latvians didn’t protest (I don’t count 13 January 2009 as that serious, quite frankly).

Latvia undertook a somewhat belated but from summer 2009 very severe frontloaded fiscal consolidation, bigger than for any other country. Whereas Greece has actually done something, there is still too much political disagreement and too much resistance from interest groups to believe that they will accomplish what they have to do.

Latvia’s internal devaluation actually seems to work – exports account for a higher share of GDP than ever before, although we should not declare victory yet – broad-based growth still has to resume. Again, I don’t see Greece mimicking the kinds of pay cuts and thus the gains in competitiveness that has been experienced here. Too strong unions for that.

In short, Latvians (largely) accepted fiscal consolidation and the ensuing hardship, perhaps realizing that the ‘fat years’ had indeed been too good to be true – Greeks still don’t seem to have realized that they have been overspending for years.

Greece ‘learning’ from Latvia or copying Latvia is thus impossible.

But Latvia certainly has lessons to be learned from Greece! If a country wants to maintain a fixed exchange rate (Latvia) or is in a monetary union (Greece and later Latvia) it a) cannot allow its competitiveness to deteriorate and b) it cannot allow large accumulation of government debt.

Latvia didn’t pay much attention to the former during the 2004-07 ‘fat years’, which necessitated the internal devaluation and all the pain it invoked but I sure hope the lesson has been learned by now. If a) and/or b) are not adhered to, a country should not operate with a fixed exchange rate not to mention join a monetary union. The years of pain that Greece will go through, having violated a) and b) should be a very stark lesson for this country. 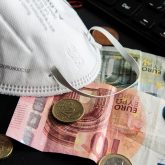 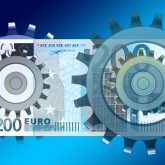