On inequality Latvia is still Nr.1! 26 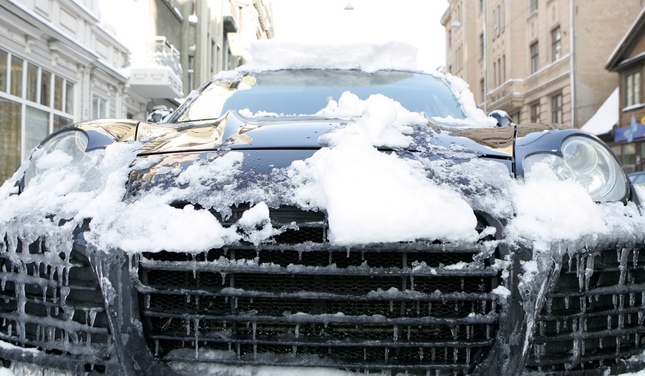 During the 2011 budget debate some arguments in the press were so silly that I couldn’t bother to address them but they did deserve comments for being so dumb and here is perhaps a context in which to do so. I think it is well-known that income distribution in Latvia is far from equal but is it well-known that it is the least equal in all of the EU? Below is the Gini coefficient, a commonly used concept of inequality, for EU27.

For those not so familiar with the Gini coefficient this is a way to interpret it: It indicates the percentage of total income that would have to be redistributed in order to achieve total income equality. For Latvia this is around 37%, in Slovenia, the most equal EU country, it is just some 23%. In some countries it can reach values as high as 70-80% (Sierra Leone is the worst example I think I have seen: A very, very poor country where a few kleptocrats amass almost all income and wealth, leaving a huge majority of the population dirt poor).

With this as background I still feel the shrillness of e.g. these two arguments seen in parts of the media during the budget debate:
1) That taking away the 8 lats per month child allowance from higher income people is asking them not to have children.
2) That a tax on luxury cars would create all sorts of horrors such as making drivers shift from a ''Porsche Cayenne'' to a used ''Honda Civic'' (don’t really believe that…) or making drivers register their cars in e.g. Estonia (easy to legislate against).

The poor economics of both cases are obvious: Why are well-off people supposed to be subsidized for having children and why should they not pay for the environmental damage and resource-gobbling features of their huge cars? In both cases changes could reduce at least a bit of inequality.

A third case is much more important, however (the two ones mentioned are just plain silly…) and that is reduced VAT rates. These reduced rates are highly beneficial for low income people but why on Earth should they also apply to higher incomes? I hope that all the reduced rates will eventually go but of course combined with alternative support for low incomes.

All that said, does Latvia even want higher income equality and is more income equality better? On the former I am often surprised that it is never much of an issue in election campaigns – and fair enough, Latvia so obviously does not want to emulate the Nordic countries e.g. in terms of progressive taxation – but still? On the latter there is no compelling evidence. Some argue that a low Gini gives more opportunity for more people and this will contribute to economic development. The counterargument is that too much equality gives too little incentive for e.g. entrepreneurs, which is detrimental for economic development and I find both arguments compelling. High Gini coefficients are often associated with e.g. poor African countries but the United States (for all their woes, still quite rich…) also has a Gini typically above 40.

To illustrate this, please see the graph below. No very strong link between inequality and income per person to be observed.

Source: Eurostat
Note: Both axes displayed with starting point different from zero. Luxembourg, with its ultra-high GDP per capita is treated as an outlier and left out.

So what’s the fuss if Latvia won’t necessarily be richer if it reduces income inequality? Personally I don’t believe in income equality as a goal in itself – my home country, Denmark, seems obsessed with it to a degree that makes me sick but my little argument here is just the following: Could we at least get rid of the most obscene contributors to inequality here such as the ones mentioned above?

Let me finish on a lighter note with a good but economically invalid (!) argument: There is no statistical connection whatsoever that I know of between income inequality and government debt but doesn’t it feel a bit uncomfortable to be located, Gini-wise, among the PIGS (Portugal, Ireland, Greece, Spain)???

The income inequality in Latvia could be overstated, due to the Gini coefficient not taking into account all the illegal income, which in Latvia’s case has a substantial impact.

The arguments put forward by the media are indeed not well thought through, but it is a well recognized tendency in local media and nothing to be surprised about.

Especially interesting in this context is the fact that the gini coefficient grew considerably during the so called fat years when the unemployment was low and the economy was booming, more about this here http://www.lolitacigane.com/2010/12/viens-tumsa-meza.html

Yet more “interesting” is dynamics of debt service as a % of exports of goods and services.

What you are writing about solidarity is extremely important. I think everyone who has an advanced society experience should share it, even if there will always be just some few individuals who would be open-minded enough to accept it as an inspiration or a good idea. How else can we in Latvia learn? Solidarity as such is generally unknown in Latvia where most of us seem to be as primitive as only applying it to Soviet hypocrisy.

You are in power now. What are you and your party going to suggest with regard to reducing this shocking level of inequality? 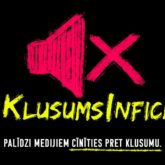 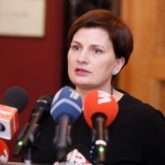 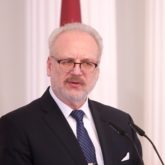 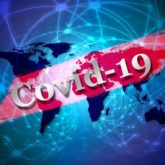