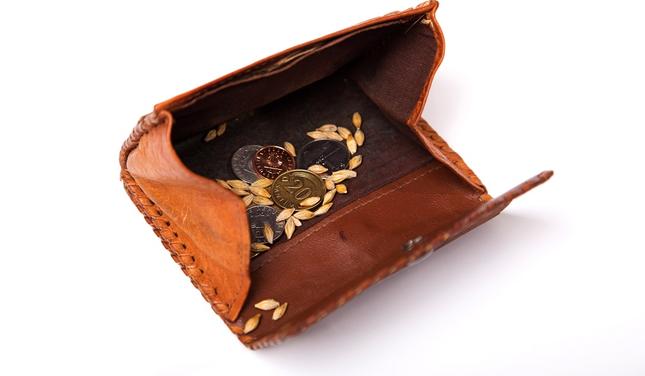 On average absolutely nothing is happening to Latvian prices right now – in October annual inflation was 0.0%, see Figure 1. Still, many feel convinced that inflation will soar after euro introduction in less than a month’s time. This entry tries to follow up on an earlier piece from March this year.

Figure 1: Inflation in Latvia since 2010

I don’t have a crystal ball from which to access what will happen to inflation in 2014 and neither does anyone else but perhaps useful information could be derived from looking at Estonia’s experience before and after joining the Eurozone on 1 January 2011.

Estonia’s entry into the Eurozone was associated with much hype about rising inflation. Figure 2 shows that this was partly true – Estonian inflation rose in the year leading up to Eurozone accession; after joining inflation no longer increased but remained at its relatively high level of around 5% after which it has come down again. Will Latvia have a similar experience? The answer is a clear no.

Figure 2: Inflation in Latvia and Estonia since 2010. The red line marks the date for Estonia’s entry into the Eurozone 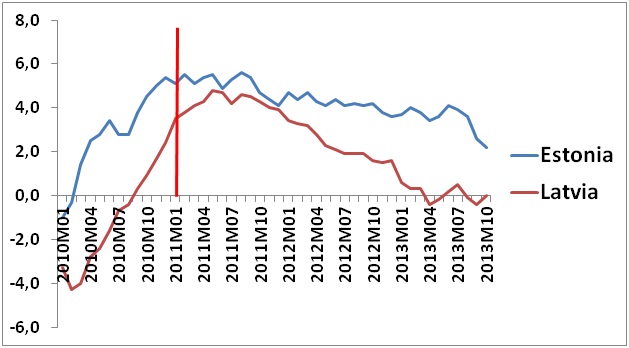 In Figure 3 I compare the inflation experience of Estonia and Latvia before and after entry into the monetary union. On the first axis I have number of months before joining the Eurozone (when negative), time 0 indicates the day of joining, and positive numbers measure number of months after joining.

Estonian inflation increased rapidly from less than 0% to more than 5% in the year before joining the monetary union. In Latvia ten months have passed and just two months remain (in terms of data) before joining and there is still no uptick in inflation. The Estonian and Latvian experiences are so far about as similar as night and day.

Figure 3: Inflation in Estonia and Latvia before and after joining the Eurozone 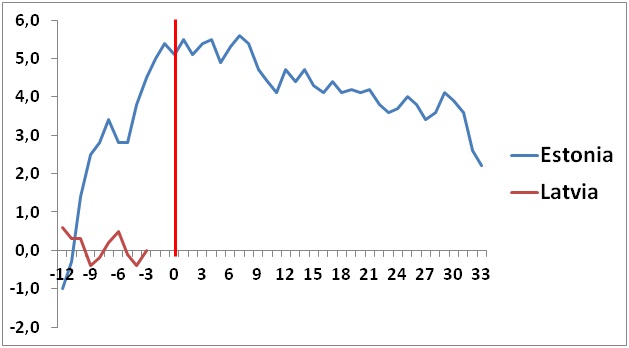 Moreover, no significant individual item of the CPI shows considerable increases in Latvia. Highest is alcoholic beverages and tobacco with 2.6% inflation and miscellaneous goods with 2.7%. Food prices are only up by 1.1% (they rose quite rapidly in Estonia) and many items display deflation (housing, transport, communication, recreation).

But of course inflation will be higher eventually – 0.0% is just not ‘normal’ for an economy that grows quite briskly and is furthermore in a catch-up phase both in terms of GDP per capita and prices so do expect higher inflation at some stage.

But there really does not seem to be any reason to blame it on entry into the Eurozone.

Why are we leaving out Slovakia, Slovenia and Greece? I would say 4 is better than 1.

All is nice. At lease seems to be.

I am not saying that it is really so just this kind of analysis still cannot rule out “increase” of prices – maybe without EUR adoption we would have a deflation now in Latvia instead of zero level inflation? 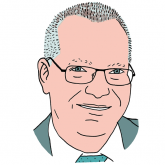 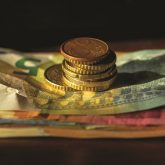 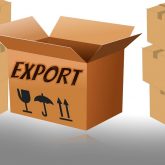 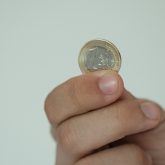