No Country for Poor Men 25 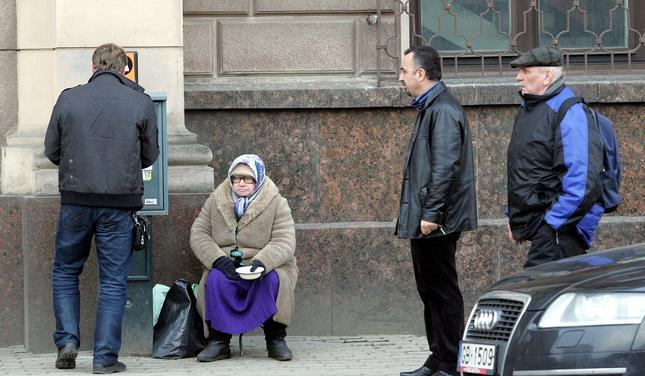 I understand that politicians have agreed that the guaranteed minimum income (GMI) should be cut from 45 lats to 35 lats, or, from next-to-nothing to still next-to-nothing but still a considerable decrease in relative terms for those involved, namely 22%.

The reason should be that the lavish 45-lats GMI discourages people from seeking work. Perhaps it does but how do we know?

I am all in for incentives to maximize the size of the labour force but one could just as well argue that such a low GMI, whether 45 lats of 35 lats, makes it difficult if not impossible for recipients to maintain their skills, let alone improve them. These people certainly cannot afford new education; hey, they can’t even afford to buy a book!

This is a typical textbook economics issue: One can argue (and show with some neat graphs that I will spare the reader for) that a lower GMI can lead to a higher labour supply as well as a lower labour supply. How to resolve which way it will go? Research – compile data and find out.

It is thus surprising to me that this proposal has been agreed upon before such research has been done and not least since such research is in the pipeline. Here is an excerpt from an IMF Public Information Notice of 16 July 2012:

“Directors cautioned that further decentralizing funding of social assistance and cuts in social expenditure could worsen inequality and undermine growth. They saw merit in postponing changes to social assistance until the joint Ministry of Welfare and World Bank study of long-term unemployment is completed”

And here is a link to the upcoming Ministry of Welfare and World Bank study mentioned at the end of the excerpt.

I am aware that some see me as one for whom anything from the IMF is Holy Gospel but, really, do issues like these not warrant a thorough study before decisions are made?

In 2010 Latvia lost its top spot as the most unequal country in the European Union in terms of income distribution as measured by the Gini coefficient, see Figure 1. This proposal may ensure that Latvia regains its top ranking. 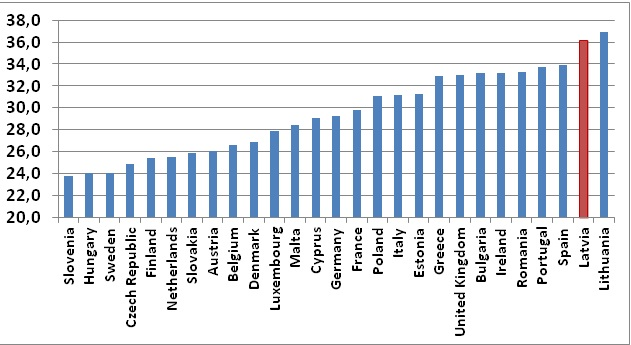 Note: Data for all countries for 2011 is still not available.