Lack of ambition or lack of capability: The sorry state of R&D spending in Latvia 23 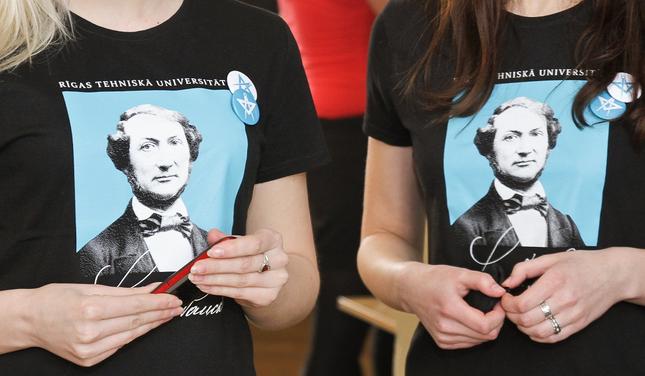 That investment in research and development (R&D) should help economic growth seems to be a no-brainer. And a consistently high level of R&D spending, measured as a share of GDP, seems to be a precondition for being a prosperous country, as seems evident from Figure 1. 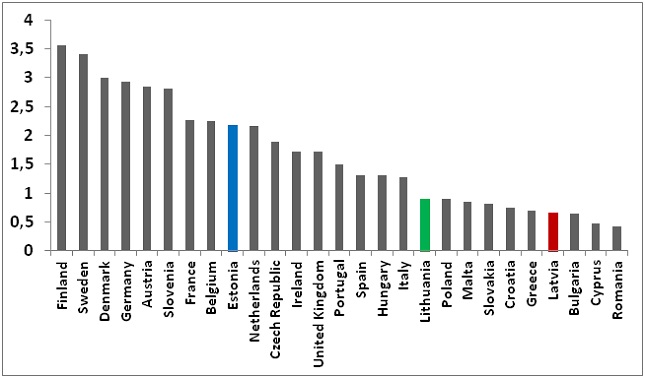 The link between R&D spending and GDP per capita can also be illustrated and perhaps even more clearly by Figure 2 that plots the two against each other. A clear, significant, positive relationship appears. 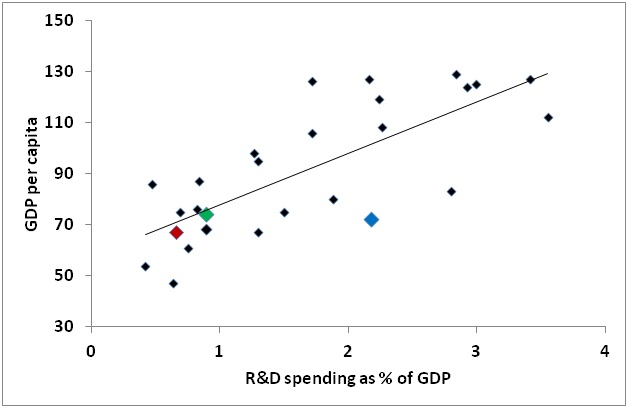 And then to what the patient reader has been waiting for all along: Why such a dismal performance by Latvia? In general one could come up with at least four reasons:

2) Lack of priority – it would be strange if this had low priority. Of course, Latvian politicians know the link between R&D spending and GDP per capita. But the country is not very ambitious in this area. Its EU2020 target is only 1.5% of GDP – OK, more than a doubling of the current 0.66% but a long way from the recommended 3% and behind the goals of Estonia and Lithuania. And the EU does not even believe that Latvia will hit this modest goal (see section (10)).

3) Specific reasons – in some, typically small, countries the industrial structure may not need all that much R&D. Cyprus has a target of just 0.5% and I guess there is a limit to how research-intensive tourism needs to be. But Latvia is not supposed to a tourism-mainly economy so I don’t find this point valid here.

4) Lack of capability – and this is where the problem really lies, isn’t it? R&D spending is low because the capacity to perform R&D is low. The EU mentions in its recommendations for Latvia’s national reform programme (same link as before) that only 10% of the country’s research institutions can be considered as high-level research centres. Pretty dismal, and an issue that should receive much more attention than it has since it acts as a significant stumbling block for the country’s future growth.

not only investments in R&D is important, but the state support for innovations and patents already done by private sector.

for example i have designed the LED lights possible best in the world by light efficacy and functions. the china factories would be happy to produce them and earn millions, but i do not see the safe way to sell them my ideas.

Investments in science and R&D in general are being contributed by state payments and by the payments of private succesful economic operators. In fact, the real problem not sufficiently stressed in the article is that economic operators underinvest in Latvia’s R&D. So why not ask Valmieras Stikla šķiedra, Cemex and GroGlass, and like large exporters, why it is so. 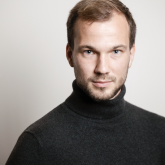 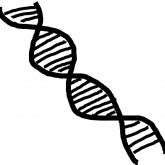 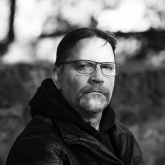 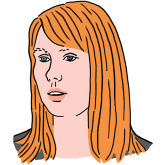