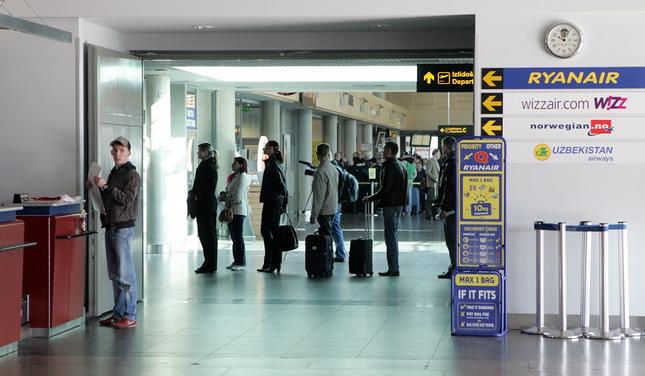 In his post “Why I disagree with Mihails Hazans” Bank of Latvia economist, Oļegs Krasnopjorovs, again questions our recent research on the nature of Latvian unemployment. The main message of his post is that: the current unemployment in Latvia is almost entirely structural, i.e. the structurally unemployed represent 12-13%, of the workforce and this has remained unchanged since the late 1990s. We regard both of these propositions as entirely implausible.

Why does this question deserve attention? Despite seeming a purely academic exercise the answer to the question “Structural or Cyclical Unemployment?” has very strong policy implications. If a large share of unemployment is cyclical, then broad measures aimed at supporting economic recovery (e.g., infrastructure expenditure) can be an effective instrument to reduce unemployment.

The issue is also important in evaluating recent Latvian macroeconomic policy. If unemployment is cyclical this underlines the avoidable social cost of Latvia’s austerity “success story”. If it is structural the blame can be put on individuals who are for various reasons “not employable” or “nor willing to work”.

Below we explain why the Krasnopjorovs’ claims are implausible. But we would like to start with another point: Apart from the general implausibility of his position, the Krasnopjorovs’ post contains many flawed arguments. For example we have argued that internationally low vacancy rates since the end of the boom are a sign of the persistence of weak aggregate demand.

Oļegs Krasnopjorovs argues that “[v]acancy rate in Latvia is neither too high nor too low. It is just as it could be expected, given the 14% unemployment rate”. This proposition has a completely wrong underlying causality, namely, that “the higher the unemployment, the smaller the vacancy rate”.

High unemployment does not cause low vacancies, thus there is no point in analyzing whether the rate of vacancies in Latvia is appropriate given the rate of unemployment. Instead, the rate of vacancies is determined by demand, and consequently unemployment is determined by the number of vacancies and the quality of matching. (Frankly, we were surprised to see such basic logical mistakes in a post of an economist employed by the Bank of Latvia. Is it lack of competence or, even worse, an attempt to manipulate readers’ opinion?). And what is important in the discussion of the Latvian level of vacancies is that it remains extremely low in all major sectors (both the level and the inflow, as we have demonstrated, see Mihails Hazans’ presentation), and that the recent decline in unemployment took place despite the low vacancy rate. This is clearly not consistent with the proposition that unemployment is structural.

Similarly, Krasnopjorovs’ argument that the duration of vacancies generally tends to be low when unemployment is high has neither theoretical nor empirical foundations. This is simply an attempt to draw the readers’ attention away from our simple and basic argument: when most vacancies are being filled as quickly as it happens in Latvia, there is no reason whatsoever to think that the unemployed are not suited for the jobs offered.

Another brainwashing tool used by Krasnopjorovs is to focus on Latvia’s rank in terms of the labour shortage indicator (“Latvia ranks No. 4-5 among EU Member States as to the prevalence of labour shortage in manufacturing and construction”) instead of the levels. As long as only 8-9% of enterprises report labour shortage as a major obstacle to business, this cannot be considered as factor which shapes the situation in the labour market in contrast with insufficient demand reported by 40-50%. Moreover, the difference in labour shortage indicator in manufacturing with such largely ‘normal’ labour markets as in France, Germany, Poland, Austria and Belgium is just 1 to 4 percentage points. Would O. Krasnopjorovs prefer to see Latvia at the other end of the labour shortage rankings, alongside Cyprus, Greece, Italy (less than 1%), Spain and Portugal (less than 2%)?

Why are Krasnopjorovs’ claims implausible? Firstly the claim that nearly all of the currently unemployed (almost 130 thousands or about 13% of the Latvian labour force) are structurally unemployed implies that if they had different skills or were located in a different part of the country they would find a job even without any increase in aggregate demand in Latvia. This means that businesses are ready to hire new workers (up to 130,000 in total), but do not do so only because they cannot find suitable people. Importantly, we are not talking about a particular employer in a particular sector (say, an employer in IT sector, who cannot find a C++ programmer), we are talking about almost all employers in all sectors, in circumstances when 13% of the labour force are looking for a job. Is it plausible in Latvian circumstances? Well, not really, we think.

Krasnopjorovs’ second proposition that structural unemployment in Latvia (as measured by the so-called natural rate of unemployment) has remained unchanged since 1998 is equally implausible. The labour market in 1998 was quite different from today. 1998 was just a few years after a number of industrial giants (like VEF, RAF, Riga Wagon Factory) had either closed or had dismissed large numbers of workers. Employment in industry almost halved in the beginning of 1990s. Total employment losses in the 1990s are estimated to have been about 30% of the workforce or more than 400 thsd people. Of course, some of these people emigrated, some went to inactivity, but the rest were on the labour market in 1998 trying to adjust to the new circumstances, trying to adapt their skills to the rapidly and radically changing structure of the economy. These people formed the army of structural unemployed back in 1998.

Where do we stand in 2013? First, 15 years have passed – people have adjusted, acquired new skills, new cohorts have entered the labour market and many of those on the labour market in 1998 are no longer with us. Considerable progress has been achieved in addressing some of the structural problems that were present in the labour market in the late 90s -early 2000s, namely the problems of knowledge of the Latvian and English languages and the problem of insufficient computer skills. Hundreds of millions of euros of European structural funds have been invested in human capital development. Of course, new problems have appeared, e.g., many professionals have emigrated, yet we know that Latvian emigration has been dominated by low skilled workers (for more detailed discussion, see Mihails Hazans’ interview).

The bottom line is that the labour market we observe today is completely different from 15 years ago and that even sophisticated methods for estimating structural unemployment through say the natural rate of unemployment can be seriously misleading in such a context.

The reforms implemented during the transition and the nature of labour relations (weak trade unions, short duration of unemployment benefits, absence of constraints on labour flows) all suggest that structural unemployment should have declined since the late 90s and that there are no reasons to expect it to be as high now as it was then.

We believe that Latvian labour market benefited in many respects (including the structural unemployment level) both from expectations of joining the EU in early 2000s and from being a part of EU since 2004. Krasnopjorovs disagrees; isn’t it a bit strange for a representative of an institution whose main mission all this time was (and remains) to get Latvia into the Euro zone?

In fact there are theoretical arguments in favour of rising structural unemployment during recessions, through the so-called “hysteresis” effect which describes the process of skill deterioration of people who remain without work for prolonged periods, and which makes them unemployable (e.g., for psychological reasons). Given the prolonged recession in Latvia, this effect might have been observed. In addition, to the extent that a recession generates structural changes the employment structure after the crisis should be different from what it was before, thereby generating mismatch between supplied and demanded skills. However, we have demonstrated (and Oļegs Krasnopjorovs seems to agree with us on this) that it was not the case in Latvia in 2008-2012, i.e., the degree of structural unemployment did not increase during the recession.

This leaves us with the conclusion that current unemployment rate cannot be explained by structural factors.

To sum up: our results serve to support two main arguments. First, the degree of structural unemployment did not increase during the recession. Second, a large share of current Latvian unemployment remains cyclical.

On the second argument, we seem to disagree with Oļegs Krasnopjorovs, the IMF and the European Commission. At the same time, the conclusions of the most recent World Bank report “Latvia: Who is Unemployed, Inactive or Needy? An Assessment of Post-Crisis Policy Options”, which was presented in a press conference on May 15 (full text of the report will be available soon) and represents an in-depth study, based on micro level administrative data, support the view of the high unemployment rate being caused by low demand (see Slide 6), rather than labour market mismatches. Moreover, chief economist of the IMF, Olivier Blanchard, does not believe that structural (or natural) unemployment in Latvia is as high as Kranopjorovs and the authors of recent IMF reports on Latvia think: a year ago, O. Blanchard wrote: “[Latvian] uunemployment …still stands at 16% today, far higher than any reasonable estimate of the natural rate”.

To conclude: good policies need correct diagnosis. We argue that lack of demand remains the major constraint to further labour market recovery in Latvia. While some entrepreneurs indeed face difficulties if finding relevant employees, this concerns only a small share of businesses and a small proportion of available vacancies. In these circumstances, general job creation measures, like e.g. additional expenditure on infrastructure, represent the right short-term policy response. At the same time, we stress that our results do not present evidence against training programmes for the unemployed or other measures to improve the efficiency of the labour market or the quality of the workforce. Such measures are needed and indeed crucial to improve productivity and wealth creation in the long term. 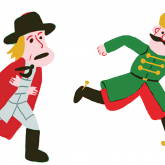 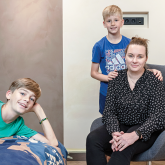 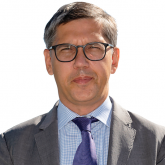 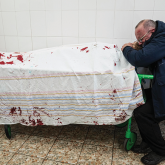 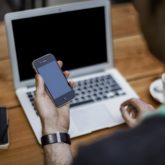