Back to normality – unfortunately 24 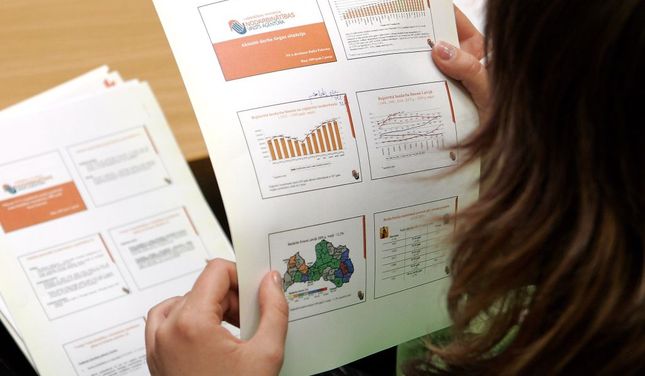 It is well-known that Latvia had the deepest recession in the EU with a decline of GDP of 18% in 2009 and an accumulated decline of some 24%. Still, many foreign journalists that I have spoken to here seem surprised and sort of ask “where is the recession?” It seems that some of them have looked at the GDP numbers and come to the conclusion that there must be bodies lying in the streets or something like that and it has made me think that a perhaps better way of looking at the past decade is to see the boom as a bigger anomaly than the recession.

This paper from the EU Commission provides some estimates of the degree of overheating that took place in Latvia and it is astonishing: In 2007 GDP was some 16% above what it would have been at full employment i.e. where unemployment is only due to structural mismatches (skills and/or geographical) but not the result of lack of demand in the economy. It is another way of saying that a lot of otherwise not easily employable people got employment which is fine in and by itself but also resulted in extreme excess demand for qualified work force, thus helping to create the wage explosion and the ensuing inflation problems.

Unemployment fell from some 10-12% in the early years of this decade and reached, at its lowest point, 5.4% in the fourth quarter of 2007 as can be seen from the graph below.

Now, think of GDP operating at 116% of full employment capacity and make the (very strong) assumption that everyone is equally productive, then 116% of GDP equals 116% of equilibrium employment. In the fourth quarter of 2007 employment in Latvia peaked at 1,106,000 and a quick calculation (1,106,000/1.16) gives you full employment/equilibrium employment at some 953,000, hinting at some 153,000 people being hired from the ranks of the structurally unemployed.

A graph of the development of employment follows below:

OK, my assumption of equal productivity does not fully hold, which will overestimate the number of structurally unemployed who nevertheless worked in that period but let’s say it was 100,000. This then gives equilibrium employment of about one million.

2006-07 was definitely a period of severe overheating of the labour market just like the current situation with (official) employment of around 900,000 people is exactly the opposite but the issue that I don’t see addressed all that often (and not in this election campaign either unless I am mistaken) is why Latvia still has such a large level of structurally unemployed? It is understandable that at the time of independence the level should be high – people had skills useful for production in the Soviet economy but not for the emerging market economy – but now it is almost 19 years hence…

My, admittedly, very quick-and-dirty back-of-the-envelope “calculations” indicate a level of structural unemployment of some 12%, which should be politically and economically unacceptably high, yet not much is done to provide skills for these people in order to make them employable.

Let us also remember that while people with skills remain unemployed for a long time they tend to lose those skills and become less employable thus adding to the level of structural unemployment.

As the recession slowly recedes unemployment will fall but due to the very high level of structurally unemployed one should not expect single digit figures again any time soon. They were the anomaly while double-digit figures are what Latvia has experienced for all but 15 quarters during the boom – and double-digit figures are here to stay. That should be a much bigger political issue than it seems to be at the moment – what a waste of resources!

PS Allow me a comparison with my own country, Denmark. I disagree with a lot of what is done there but the labour market functions quite well. Denmark is also hit by recession and unemployment has soared to a level 2.5 times higher than at its lowest and now stands at…. 4.2%.

good job!
public policies nor political agenda in Latvia never has touched structural unemployment. it wasn’t here like there was no sex in SU. Admitting it and rising to political agenda would be the first step towards solving it. 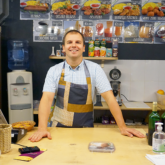 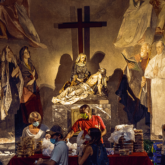 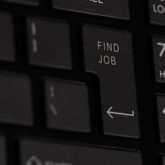