Milton Friedman once quipped that “nothing is as permanent as a temporary government programme”. Let us hope that he is not right when it comes to Latvian state support for firms hit by the Corona crisis.

Many firms are, rightly, being supported by the state due to the off-the-cliff experience they have during lockdown. The argument is that such support should be well-targeted (of course…) and temporary and this for two reasons: 1) To put as little strain of the government budget as possible and 2) to let the market economy rule again as soon as this is possible.

The latter argument is actually very strong in the case of Latvia and I would like to illustrate that with two graphs.

Latvia may not always score that highly in the area of entrepreneurship but in terms of establishing new firms, it does, as can be seen from Figure 1. Only five other countries in EU28 see more new firms being formed relative to the number of existing firms. Lithuania is a clear Number One and several other eastern European countries score highly, too, perhaps as a result of the still-ongoing transformation of these economies. Germany and Sweden, well-established market economies, see rather few new enterprises whereas Greece comes last, possibly as a result of its decade-long recession, following the financial crisis.

Figure 1: Enterprise birth rates, 2017, EU28. New firms of that year as a share of total number of firms.

Note: No data for Cyprus.

But Latvia is also very dynamic when it comes to shutting down enterprises – as can be seen from Figure 2, more than 25% of newly formed companies do not even survive their first year, putting Latvia in 2nd position (or second-last, if you so prefer), also here with Lithuania on top (or last, if you will).

Note: No data for Cyprus.

In short (this is in no way a detailed study), Latvia is a very dynamic economy in terms of formation and termination of companies. Both of these, births as well as deaths of companies, are actually good for the economy: Good, profitable and productive companies survive while others fall, helping the economy grow and the country and its residents to become more affluent.

Government measures to overcome the Corona crisis are necessary in the short run but the longer they drag out, the more we risk protecting firms that would otherwise fall while making it harder for new, productive and dynamic companies to enter. Company dynamism would decline and so would the economic potential of the country.

Survival of the fittest, if you like, has to return as soon as is possible – for the sake of the public finances, the current and future tax payers – and the long-term well-being of the overall economy. 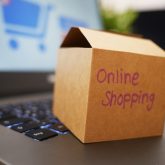 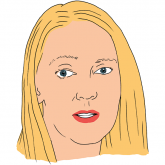 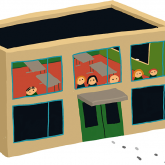