The Latvian economy is really looking very robust: a) It has by now being growing 34 quarters in a row since overcoming the recession in 2010, b) wages are also growing briskly, which should please employees (but employers less, of course), c) inflation is not a problem at the moment, d) the government’s finances are mostly robust and sustainable and e) unemployment has been coming down for eight years in a row, in the country as well as in every region of the country, see Figure 1, and almost everywhere is unemployment down to levels last seen before the financial crisis.

This puts the Latvian economy in a very positive – and rather new – spot: The economy displays a large degree of stability and predictability, where the past was often best described by a roller-coaster experience: Phenomenal but credit-fueled growth 2000 – 2007 followed by a deep recession 2008 – 2010. Although the labour market is somewhat overheating there is nothing in the cards pointing at a similar development as in 2008: There is no credit boom, there is no real estate boom and there are no unsustainable public finances. And with no boom there cannot really be a bust…

External factors like Brexit? That is far away, economically as well as geographically. Exports to the UK are just over 5% of total exports; even with a hard Brexit this would not rock the overall economy. A trade war between China and USA? Should it happen, yes, some impact but rather limited. Latvia is simply in the right spot at the moment. Italy and its debt crisis? Hmmm, OK, some grey clouds.

But it is even better than portrayed in Figure 1. Look at Figure 2. The employment rate (the share of persons at work in the age group 15 – 74 years) is now higher than it was even at the height of the previous boom – a bigger share of people as ever before is now at work; good for them and good for the economy (OK, helped by the demographic development that currently puts many in the age brackets 25 – 54 where employment is usually really strong, but still). But really good for the economy as for these many individuals – time to rejoice!

The only thing I don’t really get from this development – stability, stable outlook, job security, quite briskly growing wages – is why the real estate market is not developing faster than it does. Those four aforementioned factors should be putting more steam into the real estate market but perhaps I have overlooked something?!? People still shell-shocked from house prices falling off a cliff in 2009?

No imminent dangers to the Latvian economy at all? The labour market is hot, finding employees is nigh-impossible in some areas and professions, which will slow down the economy but not send it into recession. But besides that, there is really only at the moment one major risk this year and that would be of Latvia shooting itself in the foot and risking the dreaded grey-listing by Moneyval. (This is not the subject for this article; see e.g. more here, if interested).

It is a quite new situation that the main focus in 2019 should be less on the economy, which hums along nicely, and more at institutional factors such as proper adoption of AML (anti-money laundering) measures.

Not bad, not bad at all – unless Latvia should end up shooting itself in the foot…

Morten Hansen is Head of Economics Department at Stockholm School of Economics in Riga and a Member of the Fiscal Discipline Council of Latvia.

Points of view stated here are not necessarily those of the Fiscal Discipline Council. 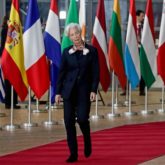