More on Latvian growth and convergence 41 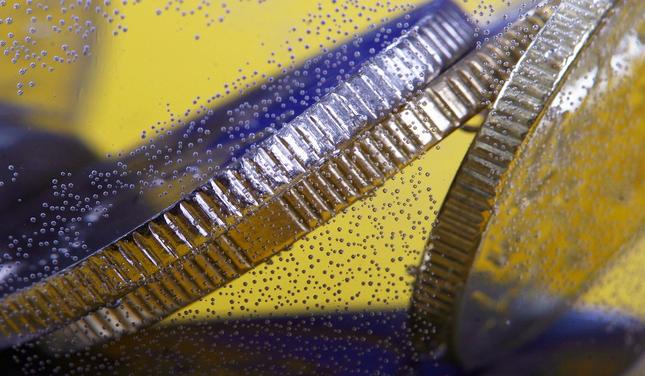 My most recent post tried to warn against what I consider a wrong belief, namely that poorer countries invariably will catch up with richer ones. It is also a dangerous belief since it might lead to complacency among policy makers – much as I think one could, at least partly, characterize the situation during the boom years where some seemed to believe that income convergence was just a question of time.

Allow me here just three examples of a) why convergence is not automatic and b) why it may not happen at all.

First example. Many of us will believe that spending on research and development (R&D) is crucial for a rich society. Unfortunately, as Figure 1 shows, Latvia has an awful record in terms of this indicator.

Figure 1: Spending on research and development (R&D), euro per inhabitant, 2011

Note: Greece is missing (no number available since 2006)

Just a casual glance reveals how R&D spending is highly correlated with GDP per capita. OK, spend more on R&D, you might say but one thing is the spending, another is whether the country has a big enough stock of researchers, actual and potential, to transform R&D spending into useful inventions etc. I would also be interested in why Estonia, although way behind the Nordic countries is so far ahead of Latvia.

This may be partly explained by my second example. Most of us would believe that the more innovative a nation is, the better it is for GDP per capita. In that case Latvia does not look too good as the EU’s innovation scoreboard for 2013 tells us. Whereas a (simple) solution to low R&D spending is to increase that spending it is not so obvious a) how one increases Latvian innovation capacity or b) why it is so low. Is the education system to blame? Most likely it is one of the reasons, but what exactly is then wrong?

My third example is corruption. Here the economic reasoning would be that more corruption leads to poorer resource allocation, deters investment etc. and thereby has a negative impact on GDP per capita.

Data seems to suggest that this is correct. In Figure 2 I plot the score from Transparency International’s Corruption Perceptions Index (the higher the score, the less corrupt a country is perceived to be) against GDP per capita and a positive correlation is clearly present.

Note: Luxemburg excluded for the usual reason (inflated GDP figure due to many non-residents working in Luxemburg).

Latvia has improved quite substantially over the years (the two countries with really poor scores are Greece and Italy by the way) but there is a long way to the top scorers (the Nordic countries). Is it even realistic that such a gap can be closed? Here many argue that the Nordic countries have a culture of very little corruption, a culture that cannot easily be adopted, if at all, and this gives them a significant advantage forever. Where one can point at ways to reduce corruption in Latvia (having KNAB is a simple but very good example) it is most likely very difficult if not impossible to really root out a culture of corruption.

Altogether, as mentioned in the beginning, just three examples of why it is naïve at best to believe that income convergence will ‘just’ happen. But also examples of that policy making has a very important role to play in improving this situation.

Nordic countries are Lutheran – there if you sin, you go to hell, so people try not to sin, bribe etc. Souther countries are catholic – there if you sin, you go to church, repent and continue as before. So they tend to be more corrupt. That is why Italy is more corrupt than Britain, Lithuania more corrupt than Estonia. In Latvia before WW2 the richest people were Lutheran Latvians and also Lutheran Baltic Germans. The poorest were Catholics in Latgalia. When Russians came Lutherans, because they were wealthiest, sufferd most – many were deported, left for west, the ones who stayed were harassed, kept away from big cities and power centers. Poor Latgalians and Russians were more supportive of communists and for their loyality were rewarded with appartment in Riga – the wealthiest city – and many moved to Riga. Riga and Latgale is now predominantly catholic-orthodox, and there parties that fight corruption are least popular. Vidzeme is the most Lutheran – in Cesis and Valmiera people care more about corruption than Rezekne.

Dear Lee – I appreciate your attempt to look at things from a politically incorrect angle. A theory similar to yours I have heard even from academics – ‘Protestantism is ideal religion for capitalism’. However, my recent observations indicate that this isn’t true anymore. If you look at Mr. Hansen’s previous blog entry <http://www.ir.lv/2013/7/23/of-latvian-growth-and-convergence> you might find an interesting news for you. The Catholic Austria and Ireland are leading in the race for GDP per capita among the EU states. If you wish to add the rich Protestant Norway to the pot, then you should remember where Norway’s wealth comes from (answer: the oil, like an Arab country). Additionally, Norway is closely followed by Switzerland, another Catholic state. Further, if we look at Latvia, the relative poverty of Catholics can be attributed to a higher birth rate, that led to less resources per capita. Also, in Protestant Latvia all the property rights were uniformly inherited by the oldest sons, whereas Catholic families split the inheritance among siblings. Subsequently, Latgale ended up with a large number of micro farms that could not sustain a family.
Finally, if we look at the US, then you will find that predominately catholic MA and RI, aren’t the poorest states in the union.

MZGD, I would add Germany to. Catholics are main group in what we could call West Germany. So this argument about protestant ethic is not as strong as it was 100 years ago, when it was relatively true. But i wouldnt dismiss this argument altogether, because there are a lot of catholic countries that struggle to become rich, and not very successfully. Latin America is not very successfull in development.

Or French in Haiti. But seriously this development question in hard to answer, otherwise all poor countries would become rich ( which development strategy is the best, role of the culture vs institutions and so on )

I had a look on the corruption vs GDP per capita data in the US. (stateintegrity org). It doesnt seem that ‘more corruption – less GDP’ rule can be confirmed here.

Different GDP per capita across the US states, sure, but relatively similar cultures across the USA, certainly more so than in EU28.

Unless I am missing the original point – a more uniform culture is a good thing. It isolates several other factors and illustrates the pure corruption-GDP relationship better.

Thank you, Mr. Hansen!
I have little doubt that your thesis holds water.
However, corruption is a broad concept, with many aspects.
Surely, in order to develop policy for reducing corruption, it might help to be specific and clear, about what should be tackled first to get rid of corruption in Latvia.
What do you think should be done first, to begin turning Latvia away from its culture of corruption?
Thank you for your kind and considered answer.
Robert Dambergs

You are welcome! But I think my answer will be somewhat disappointing. When indeed there is a culture of corruption – much of it inherited from Soviet times, some of it stimulated by weak legislation in the early days after independence, some of it stimulated by relative poverty, it is very hard to make it go away – it is a culture indeed. What has surprised me, when comparing to my home country, is how lightly offenders can get off, not in terms of punishment perhaps but in terms of the public eye. Offenders somehow seem to be accepted for high positions or office also after corruption issues which would not happen in my country, Denmark.

That said, positive changes have taken place but I wonder when (if ever) the misguided idea of providing a gift for some doctors will go away. It seems deeply embedded but it really should vanish.

And a little example of how it is a cultural thing: A rule is a rule (say, deadline for a report is 14.00 on a certain day). As a rule this cannot be open for debate because then it would not be a rule – but I have often encountered people who would like to “discuss” (ie argue for changes) the rule. This is not corruption per se (to my great dissatisfaction no one has ever offered me a fat envelope to change a rule… 🙂 ) but the inclination to think that a rule can actually be discussed and possibly be altered might be seen as a first step towards corruption. And this kind of thinking is very wide spread here, I think. Because it comes from that rules/laws sometimes are not all that efficient/clear what have you, so that a “private agreement” might seem superior.

OK, think I am rambling now…