Inflation in Latvia will soar after euro introduction! 22

No it will not – the headline was just a shameful trick to make you start reading. But it seems that many think that high inflation will result from euro introduction. This makes me raise two questions:

1) What does history tell us?

2) How to avoid potential price increases?

I have looked at the eleven founding members of the Eurozone, EZ-11 (Austria, Belgium, Finland, France, Germany, Ireland, Italy, Luxembourg, Netherlands, Portugal, Spain) from 1997 to 2002, i.e. from two years before the formation of the Eurozone until three years after.

Figure 1: Annual inflation in EZ-11 (the eleven original countries of the Eurozone), 1997 – 2002. The red line indicates the inception date of the euro 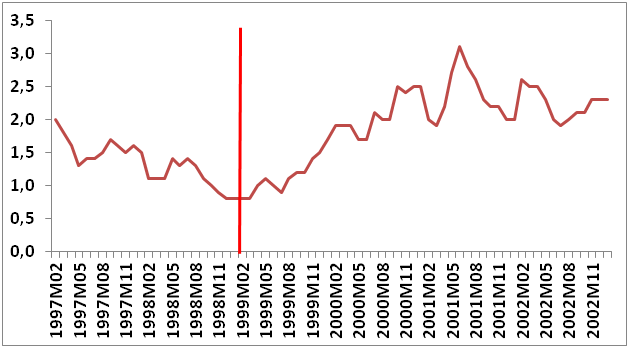 And not very strange – the introduction of the euro coincided with a small boom in EZ-11, see Figure 2, which typically results in higher inflation via a tighter labour market.

But what most likely had a stronger impact was the euro depreciating quite sharply for a couple of years against the American dollar, see Figure 3. The euro opened in 1999 at 1.18 USD/EUR but by May 2001 had fallen to 0.86 USD/EUR, a fall (depreciation) of 27%, making US goods (and goods of countries fixing their currency to USD such as Lithuania at the time and partly, via its SDR peg, Latvia) more expensive in the Eurozone, thus creating imported inflation. The depreciation of the euro was partly a result of being a new currency with untested credibility – that effect will not be repeated when/if Latvia joins, of course.

But we should expect somewhat higher inflation but not, not, not! stemming from euro adoption, rather from current inflation being ultra-low: In February inflation in Latvia was a mere 0.3% on an annual basis and prices even dropped from January to February.

But could it be that some individual goods might see significantly higher prices? Some evidence from especially introduction of cash euro (2002) says so, see e.g. section 2 of this fine overview by Paul de Grauwe, perhaps the foremost expert on the euro, of the euro’s first ten years. Professor de Grauwe provides some evidence from Italy so I used Eurostat data to try to confirm this, see Figure 4. Whereas overall inflation was very subdued and similarly for overall food prices, a few sub-groups saw rather high price increases (I checked many more without similar results) such as fruits and vegetables.

Could that happen here? A good argument against is the conversion rates of Italian lira and Latvian lats into euro and the fact that we all suffer from some degree of money illusion, i.e. the fact that makes 0.95 lats sound a lot cheaper than 1.02 lats. The conversion rate for Italian lira was 1936 lira per euro i.e. in euro terms prices looked very low and it was perhaps easy for some shops to divide old lira prices by “only” 1500 or 1600 or so, thereby creating a price increase in terms of euro. In Latvia, due to the strong nominal value of the lat it is the other way round. Prices, when recalculated fairly, should rise 42.3% (since the exchange rate is 0.702804 LVL/EUR and one divided by that number is 1.423). Prices will thus look higher already and attempts to raise them further might backfire.

The best thing is of course to have prices listed in lats and in euro as soon as possible and for a very long period – years – after joining the Eurozone. And naming and shaming those who might attempt to sneak in a price increase here or there.

Inflation will go up – but a) not all that much, b) mostly because it is ultra-low now, and c) partly because of overall growth of the economy.

But these are not effects of joining the euro!

I think it is not the most successful choice of timing for analysis. Since 2001 was the period of ‘IT bubble’ that reflected also in Europe, 2002 was a year of decreasing economic activity. So, the euro adoption could have much weaker influence on inflation than the general economic climate in the world.
In addition to higher nominal prices, inflation should stay low, because:
1) EU countries still struggle and no good recovery expected in 2013; low growth -> low inflation;
2) Latvia has high cyclical unemployment & mostly in low paid sector; low (in value terms) wage growth -> low inflation
3) Low Latvian government spending
Basically, there are no reasonable arguments, why inflation should be larger than the basic rate + euro adoption costs. Convergence to the eurozone welfare level cannot take place starting from 2014, because we have imbalanced macro situation as compare to other eurozone countries.

There is one factor that will be playing on the rise of inflation – rather sharp rise of the average salary level, which will take place next year. This is not a big secret that the government has been artificially hindering the rise of the salaries in the public sector since 2009 and especially in the last two years. The reason is, of course, need to comply with the Maastricht criteria. But this cramped spring will inevitably go off as early as next year, and inflation, understandably, will follow. 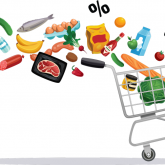 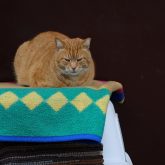