Then, more recently, in the Archives of General Psychiatry– an established and well-respected journal–three papers appeared with extensive accompanying commentary (Fergusson et al. 1999, Herrell et al. 1999, Sandfort et al. 2001, and e.g. Bailey 1999). J. Michael Bailey included a commentary on the above research; Bailey, it should be noted, conducted many of the muchpublicized “gay twin studies” which were used by gay advocates as support for the “born that way” theory. Neil Whitehead, Ph.D.

Bailey said, “These studies contain arguably the best published data on the association between homosexuality and psychopathology, and both converge on the same unhappy conclusion: homosexual people are at substantially higher risk for some forms of emotional problems, including suicidality, major depression, and anxiety disorder, conduct disorder, and nicotine dependence…The strength of the new studies is their degree of control.”

The first study was on male twins who had served in Vietnam (Herrell et al. 1999). It concluded that on average, male homosexuals were 5.1 times more likely to exhibit suicide- related behavior or thoughts than their heterosexual counterparts. Some of this factor of 5.1 was associated with depression and substance abuse, which might or might not be related to the homosexuality. (When these two problems were factored out, the factor of 5 decreased to 2.5; still somewhat significant.) The authors believed there was an independent factor related to suicidality which was probably closely associated with some features of homosexuality itself.

The second study (Fergusson et al. 1999) followed a large New Zealand group from birth to their early twenties. The “birth cohort” method of subject selection is especially reliable and free from most of the biases which bedevil surveys. This study showed a significantly higher occurrence of depression, anxiety disorder, conduct disorder, substance abuse and thoughts about suicide, amongst those who were homosexually active.

The third paper was a Netherlands study (Sandfort et al. 2001) which again showed a higher level of mental-health problems among homosexuals, but remarkably, subjects with HIV infection was not any more likely than those without HIV infection to suffer from mental health problems. People who are HIV-positive should at least be expected to be anxious or depressed!

The paper thus concluded that HIV infection is not a cause of mental health problems–but that stigmatization from society was likely the cause–even in the Netherlands, where alternative lifestyles are more widely accepted than in most other countries. That interpretation of the data is quite unconvincing.

The commentaries on those studies brought up three interesting issues.

1. First, there is now clear evidence that mental health problems are indeed associated with homosexuality. This supports those who opposed the APA actions in 1973. However, the present papers do not answer the question; is homosexuality itself pathological?

2. The papers do show that since only a minority of a nonclinical sample of homosexuals has any diagnosable mental problems (at least by present diagnostic criteria), then most homosexuals are not mentally ill.

In New Zealand, for example, lesbians are about twice as likely to have sought help for mental problems as heterosexual women, but only about 35% of them over their lifespan did so, and never more than 50% (Anon 1995, Saphira and Glover, 2000, Welch et al. 2000) This corresponds with similar findings from the U.S. 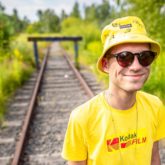 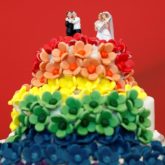 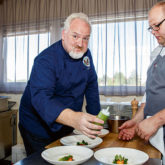