For a layman like me, the titles seem to be the most interesting. For instance, compare “Why I disagree with Mihails Hazans” (most people would call it a polite one) with “Brainwashing or lack of competence?” (ughm… well…).

Mind control also known as brainwashing refers to a process in which a group or individual schematically uses unethically manipulative methods to persuade others to conform to the wishes of the manipulator(s). Do we believe in the evil intentions of Oļegs Krasnopjorovs? I don’t but I hardly agree to the alternative either. It looks that the title of article itself is a manipulation exploiting the false dilemma fallacy.

There are just polemics and dispute, and relevant style, so relax & be happy.

Obviously I missed the fact that this debate escalates from the academical dispute to the political one.

It is not a scientific magazine.

My greetings for the autohors of the article! I guess it very usefull and correct for all Latvian people communicate to each other in English. We do not need ignoramus language (bauru valoda)! We need civilizated language like English, because it were just English men who brought civilization to wild population of America, Africa and now for Latvian people.

So, I appeal to you to communicate in civilization languages like English! Write articles in English! Be a civilized human beings, I please you!

I would suggest, that also Russian language is too small to survive. In the future world will speak only three languages – English, Chineese and Spanish. Territory of Russia will be populated by Chineese (as it already happens in Far East)and added to China . Some Russian-speaking population still will be living in rural areas in self-subsistence economy unable to fit modern world and be competitive.

super_e-y-e
“Be a civilized human beings, I please you!” 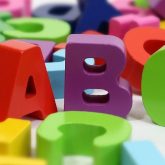 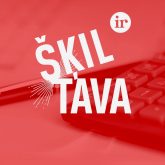